The Stanley Parable Instructional Video is a video shown at the Not Stanley Ending to "educate" Stanley about the real-world decision-making process.

The Stanley Parable Instructional Video consists of a definition of what a real person is and education about proper decision-making. The Stanley Parable Instructional Video gives a small example of this in the form of a hypothetical real person named Steven, who is given two choices; improve the life of poor citizens, or set fire to every orphan living around his house.

In The Stanley Parable: Ultra Deluxe, the name of the hypothetical real person, and the choice they are given, are slightly different. The remainder of the video is identical to the original, except that the "Practice" screen appears for a shorter length of time.

The Stanley Parable Instructional Video heavily stresses how important it is to make a sensible choice. The video states that whenever a person is not making sense in a discussion or decision-making situation, then that person should be considered "not real," and guides the viewer on how to excuse themself from conversation with such a person. 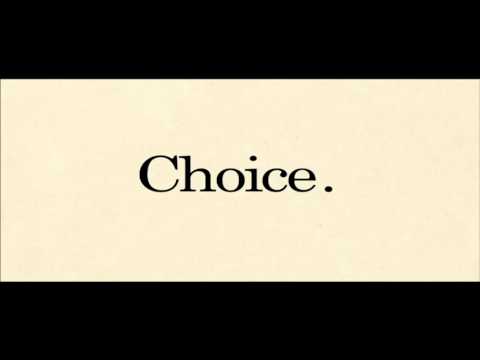 If the player is holding The Bucket when they unplug the phone, an entirely different video will play, titled "What is Comedic Timing?" This is the Comedic Timing Ending.

Choice! It's the best part of being a real person. But, if used incorrectly, can also be the most dangerous.

[Original:] For example, in this scenario, a hypothetical real person named Steven has a choice. He could spend years helping to improve the quality of life for citizens of impoverished third-world nations, or he could systematically set fire to every orphan living in a thirty-kilometer radius of his house. Which choice would you make?

[Ultra Deluxe:] For example, in this scenario, a hypothetical real person named Rupert has a choice. He could invent a machine that eliminates food shortages across the world to make life better for all people, or he could spend years of hard work forgetting how to read. Which choice would you make?

Remember that, unlike here, the real world makes sense and at no time should you make a choice that does not conform to rational logic. If you find yourself speaking with a person who does not make sense, in all likelihood, that person is not real. Allow the person to finish their thought, then provide an excuse why you cannot continue talking. Turn to a partner and practice saying...

[A blue screen displaying the word "Practice" appears for a few seconds.]

Excellent! Making choices on a regular basis is the best path to a healthy decision making process. Most medical professionals recommend making at least eight choices per day. Do you make more than eight? Less?

And finally, if you begin to wonder if your choices are actually meaningful and whether you'll ever make a significant contribution to the world, just remember that in the vast infiniteness of space, your thoughts and problems are materially insignificant, and the feeling should subside.

At this time, your instructor will guide you in an exercise to test and reinforce the material covered in this video.